This paper argues, that the speakers of the two poems do not fear supernatural occurrences but the past, present or future, in short: time. Both poets describe ghostly and empty houses. However, what they actually fear is time changing. Thomas, in his status as a soldier, expresses a fear that he will die soon and his belongings will be abandoned like the house he describes. Still, writing poetry gives his speaker comfort and the thought that after his death the English countryside will survive, comforts him. Frost also fears time but he is looking back to the past.

He sees the ghosts as company and thus, embraces life. Poetry may be an unusual genre for ghost stories. The short story may be more common. The house is often the subject of eerie poetry. One reason for a house or in general an object, to come to live metaphorically is that it has outlived the people it belonged to and therefore could tell secret stories about their former owner. Houses contain invisible lives. They are haunted, haunted with ghosts of the past. Both poets lived in an age, the beginning of the twentieth century, which saw great changes.

These changes are now associated with the term Modernity. The term is here used defining the transformations of a society from predominantly rural and agrarian to predominantly urban and industrial forms of living. With the industrialisation a different perception of time was introduced because the importance of clocks rose and the workers had to be at their workplace at a certain hour.

Additionally, trains were leaving at an accurate time. Life became faster, more regulated and time became more terrifying. Another important aspect is World War I. Thomas became a soldier and the threat the war evoked is visible in his poems. Thus, it could be argued that the speakers of the poems do not express a fear of supernatural occurrences but they feared the past, present or future, in short: time.

The works will be scrutinised concerning the way they engage with ghostliness and how time is treated. The house is the basis for the German unheimlich. Thus, the origin of unheimlich connotes an importance of houses in connection with ghostliness. Houses themselves may become uncanny. Thus, a house becomes eery through being without an owner or being with new owners, which certainly includes ghosts. The house may still be familiar, but as it is not used anymore, it is unfamiliar at the same time.

A reason for an object, to come to live metaphorically is that it has outlived the people it belonged to. Thus, time had taken away its use by robbing it off its owner. Change is a very important factor. Change always comes through time. Time destroys memories, things and eventually it kills everything. Fear might often not evoke from supernatural occurrences such as ghosts, but time as the destructive element.

The facts on file companion to 20th century american poetry

Edward Thomas enlisted in and he went to France in He was killed in action on Easter Monday of the same year. Michael Kirkham describes the circumstances of the time Thomas produced his poetry as such:. Thomas wrote all his poems on war-time and nearly half of them as a soldier training and instructing in various English camps and barracks; he seems to have written no poems during his few weeks of active service in France. Apart from the three epitaphs there are no war poems in the usual sense of the word: no poems written in anticipation or from experience of battle.

Many of his poems draw on moods and scenes recollected from his pre-war travels in the southern English countryside. Yet these are not exercises in memory for their own sake; he was not trying to forget the war. In all his poems the war is perceivable through a melancholy undertone, as he wrote his poetry in wartime. He feared that through the war the countryside would change. Thus, the poem is certainly influenced by the war. The melancholy undertone is discernible in the first line, if not in the first word.

The word is repeated four times in the first stanza:. Time, is clearly an important aspect of the poem. Autumn and winter are to follow. This time stands for a hard time, for cold and dark days. For Thomas, who was soon to go to France, winter represents war. The second stanza ends with an image of flowing rivers:. The rivers flow. A river is something moving and relentless.

The rhyming pattern of the poem itself is irregular. In the beginning in the first two stanzas, when he recollects the change, it is consistent: abcb. In the third stanza, the words flow like the river. The speaker mourns for his childhood. The things he encounters now have always been like this. 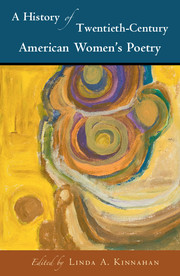 The attention is turned to the last two lines of the stanza. It is unusual for Thomas to mention the war itself in his poems. As seen before, it was often discernible through an undertone. In the next stanza, Thomas turns to the old house:. Thus, he interprets the house as something that time has stopped from being used. The way of life it represents discontinues. Thomas connects the inhabitants with their houses. A house is a body for the inhabitants. The object, the house is deserted and only the dead can use it. Change and time have made the house a ghost house.

If it only fit, straightaway it begins to chronicle our days. A house can tell stories about an owner. They are perceived as uncanny or ghostly because they come to live. That refers to what Thomas has written in The South Country : everything one touches has a story to tell about one. In the sixth stanza a regular rhyme scheme occurs: abab:. It is the first time in the poem that all ending syllables rhyme. The insight that something stays, even when one is dead, has a calming, a regulating effect.

The form of the stanza represents this. Thomas may have thought of his going to war and reflect on the purpose, namely to protect his beloved country. Thus, he, as seen before, does fight for his country. The speaker realises that even when he is dead, the country and its stories will survive.

The next stanza has no regular rhyme scheme. He sees nothing but himself as an unnatural occurrence. He, although still alive, considers how it is when he is dead. His house is not dark and untenanted yet. However, he will leave the house in the future.

Thus, he fears that his house is going to be empty. The last stanza begins with a repetition of the first line of the seventh stanza:. The schoolboys destroy the windows of the empty house. The speaker himself was once such a schoolboy. Still, now he sees the destruction of the windows as purely negative. There is nothing there to destroy anymore. The boys just played and, through playing, destroyed something that was important to someone, namely the speaker.

Thus, the poem ends sorrowfully. The speaker expresses hopelessness, even after trying to be comforted though poetry. It draws on the topic ghostliness in a concrete way. The ghost house is an American house. Therefore, Faggen suggests that the house is a farmhouse and the poem is about life in the countryside.

The house in the poem does not exist. Thus, loss, decay and even death alongside expiration play an important role in the poem. He mourns something, possibly the past. Therefore, childhood, which stands for the past, is mourned. Still, both assumptions lead to the same conclusion: the speaker is mourning a time bygone. The place is overgrown and the speaker is lonely. Still, daylight falls in the cellar walls. Nature is taking back the place, as described in the second stanza:. Subject access includes theme, locale and narrative technique or device.

Many series run under the Masterplots title, including fiction, non-fiction, drama and poetry. Each series provides basic reference. Individuals works in series cover specific genres e. Individual volumes in series cover a number of topics from individual writers e. Eliot to different genres and national literatures e. Promotes the practice of critical reading as well as how to write essays about fiction, poetry, drama and film.